Describing itself as a “global partnership to work with the most innovative companies,” Accel is an early and growth-stage VC firm which invests in technology companies in the US, Europe and India.

Between January 2014 to June 2021, the fund participated in 65 fundraisings for 32 UK-based companies. By amounts raised, the scaleups that Accel has provided the greatest financial support have been Deliveroo, Snyk, Monzo, Hopin and World Remit. Just over a year since it announced its seed round, Hopin’s August 2021 $400m Series C round at a $5.65bn valuation made it the fastest growing company by value in history.

Other scaleups in which it has recently invested include fintechs Soldo and Genesis, cybersecurity firm Tessian, Lyst, Weave, ChaosIQ and Primer. Between January 2014 to June 2021, the average turnover of companies supported by Accel was £90.6m with an estimated average number of 257 employees.

The great majority of Accel’s investments in the UK are in companies based in London but in the past 12 months it has invested in north-west companies Causal and Raycast.

With offices in San Francisco, London and India, the firm uses its network to enable portfolio companies to hire senior leaders, expand into new markets, and provide introductions to new customers. Accel runs events for its portfolio to encourage the sharing of best practice, such as its global SaaStock event, and publishes its annual Euroscape which lists the top 100 SaaS companies in Europe and Israel. 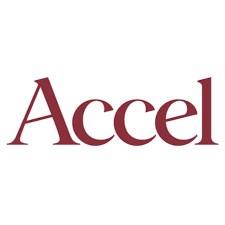