It is a wholly-owned subsidiary of the Welsh Government, providing Welsh businesses with capital to start up, strengthen and grow, and directing public funds to where they can have the most impact. The bank provides loans, property loans, seed and acquisition finance and equity investments between £50,000 to £5m. In addressing the Covid pandemic, the Bank is clear that its role is “to ensure liquidity in the Welsh economy and for small businesses in particular.”

In the financial year ending 31 March 2020 the Development Bank of Wales directly invested £103m into Welsh businesses, an increase of nearly 30% over the previous year. Further private sector capital of £75.9m was invested alongside its funds.

The number of investments increased by nearly 9% from 420 to 457. Total equity investment in the year was £16m, of which £11.44m was in 51 tech ventures. Investment across the three regions was £38.7m in South Wales, £34.3m in Mid and West Wales and £30.4m in North Wales. Thirty businesses received investment in excess of £1m. Scaleups that it has supported include BookingLive and Litelok.

The Bank co-invests alongside other banks, VCs, angel investors, crowdfunding platforms and grant funders. It has a network of dedicated, local account managers. Referrals are also made to Business Wales for business advice and support. During 2018/19 the Bank established Angels Invest Wales, providing businesses access to more than 200 angel investors and syndicates through an online platform. Deals of more than £3m were facilitated in the year. 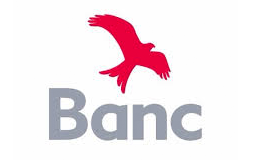