Iceotope was founded in 2012 and is based in the AMP Technology Centre in Sheffield. Its liquid cooling solutions remove the need for fans and air-cooling infrastructure from IT systems – which in turn reduces energy and water consumption, and significant cost reductions in the design, build and operation of data centres.

Now, though, there is a pressing need for change. Computer chips are getting hotter and it’s beyond the ability of air to cool them. There are environmental concerns about the vast amounts of energy and water being used to cool the growing number of data centres. And while huge amounts of processing is taking place in the cloud, computing power is increasingly required elsewhere – from agriculture and factories to autonomous vehicles – in places and climates where fans and air cooling isn’t suitable.

Iceotope’s technology, which Craig describes as a unique approach taking the best of many different approaches and adding their own inventiveness, is set to play a key role in effecting that change. Its solution uses up to 80% less cooling power and 97% less water.

But for a small, innovative company in Sheffield to access the huge, mature and conservative computer industry is a significant challenge.

“We have set out to enable our potential customers to be comfortable with the technology and remove barriers to entry” he says. “Our platform has to look, feel and fit inside their world. You can’t preach to customers; you have to work with them and closely within them.”

The strategic approach is to license its technology and then “to bag a few big elephants.”

The elephants are the internet giants or the ‘hyperscalers’. “They represent about 40% of the market and are massively vertically integrated; they design their own servers and data centres,” says Craig.

There are other elephants – the tier one equipment manufacturers that include the household names in PC manufacture and design. Here Iceotope is fostering an ecosystem among the advisers, designers, manufacturers’ approved vendors and key infrastructure leaders such as Schneider Electric. “We are selling a global technology to global technology companies, so we have to be global and capable of supporting them everywhere.”

Elephant bagging is complex and risky but highly focused – and the approach is starting to bear fruit. Craig says that Iceotope has good relationships with three of the top five hyperscalers, with one being “really deep.”  Soon he says, some of the major manufacturers will be bringing products to market using Iceotope’s technology.

From a position five years ago when revenues were, in Craig’s words, “negligible,” Iceotope is now moving towards the critical point of exponential growth – when the elephants start to deploy Iceotope’s technology at scale. “We could achieve between two to four times revenue growth next year but we see 2023/24 as the year in which the proverbial hockey stick starts to show on the graphs.”

For the past five years, Iceotope has been mainly equity financed (its principal backers are Ombu Group, Aster Capital and Edwards Investments) and has had significant success with grants from Innovate UK and £5m of funding from the Horizon 2020 project.

But while it has not used debt finance, it has received strong support from Barclays. Iceotope’s CFO Stephan Hollingshead has been on Barclays Scale Up UK programme at Cambridge Judge Business School. Craig is a fellow on Barclays’ Unreasonable Impact programme, an international network for leaders of ventures which are addressing urgent societal and/or environmental challenges with scalable solutions, and which themselves have the potential to create at least 500 jobs over the next five years. “It has given us incredible access to the bank’s senior corporate management,” says Craig.

Last year, Craig flew around the world seven times developing those relationships. As the Covid pandemic hit, racking up those air miles have paid off. “We would have struggled this year had we not already put in the effort to open doors,” says Craig. His plans to “network like crazy” in the US may have been delayed by a year but he will be back on the plane as soon as possible.

Iceotope’s commercial centre of gravity will inevitably shift towards the US and other key international markets, he says. “Currently, our core relationships are US-centric; the key industry decision makers are in the USA.

However, he adds, the company is committed to Sheffield as its R&D centre. “We have got phenomenal capability in the city, with great technology and a superb team – over half our engineering team are on our patents. I am super proud of that. It is an amazing place to hire and grow amazingly good engineers.” 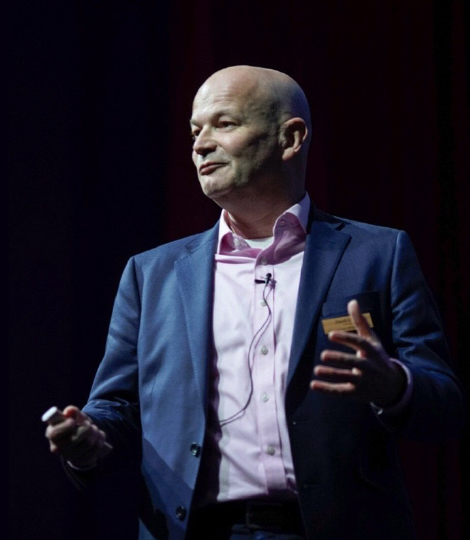 “We have got phenomenal capability in the city, with great technology and a superb team - over half our engineering team are on our patents. I am super proud of that. It is an amazing place to hire and grow amazingly good engineers.”

Ieso Digital Health is the UK’s largest provider of online cognitive behavioural therapy (CBT). With a presence in 70 NHS Trusts and treating up to 17,000 patients, it’s an outstanding example of a scaling social business.

At the heart of its growth is Loop’s capability in composites manufacturing, principally within the aerospace industry.

GDPR, Brexit and the pandemic have all proved to be spurs to growth for this scaleup