Onfido, which began life only seven years ago as a spin-out from Oxford University, is rapidly becoming one of the most important businesses in the global battle against ID fraud.

Security breaches, where malicious hackers impersonate individuals to steal private and financial information from them and from businesses, are one of the biggest headaches of the global digital economy. Onfido is at the forefront of tackling this.

Describing itself as the new identity standard for the internet, the company uses computer vision and other AI-based techniques to verify against some 4,500 different types of identity documents to see patterns invisible to the human eye and identifying whether a user’s government-issued ID is genuine or fraudulent.

It now has 1,500 businesses as customers, with approximately 60 per cent being in the financial services sector and 20 per cent from what CEO Husayn Kassai calls “trust marketplaces” such as home and car sharing platforms such as Zipcar. The remainder comes from a long tail of increasingly diverse users – from online doctors to tourists to the UK wanting to reclaim their VAT on purchases. Already Onfido has verified tens of millions of IDs.

Last year, its sales growth was 342 per cent and it continues to gain significant market traction. Having established its presence – and proved its use case – with other young innovative fintech companies, it is now able to gain access to large established financial institutions. This year, Barclays named Onfido as its supplier innovator of the year. The enterprise sector provides the potential for massive scaling up.

“To gain access to the enterprise sector, you need to be a scaleup,” says Kassai. “You need to meet audit and compliance needs but what they want most of all is evidence – and they have seen how our technology has helped to empower the front runners in fintech.” He says that their approach to the public sector has been more limited. “This is a long sales cycle and our preferred route to market is via partners.” (Large technology companies can provide Onfido within their own wider identity management and security offering to clients.)

Ask Kassai about their biggest scaling challenge and he is emphatic. “It is, always has been, and I suspect will continue to be, executive and senior talent. When your company are approaching the 150-person mark, you need people with experience of taking an organisation from 100 to 500 employees. And they need to have experience of scaling up a software or a tech company. This experience counts because we are running so fast – we can’t afford to make unnecessary mistakes.” Half of Onfido’s executive team are American, several of whom have relocated to London.

As a young team of founders, Kassai and his colleagues relied heavily on advisers when hiring senior, experienced staff. He cites Brent Hoberman, an early investor, as one among several. “Being a first-time founder does have its advantages you are seeking to hire senior executives,” he says. “They can see how they can have a material impact and can help us to make decisions – it’s more empowering for them. And they see we bring a different mindset that is unencumbered by the past.”

Currently Onfido’s core markets are northern Europe and the US, with southern Europe and Asia also in the mix. Some of the company’s future growth will come from entering new geographical markets: Onfido has opened in France, hiring the former director and general manager of PayPal France to be general manager in the country, and in Singapore recently.

But the US is the principal marketplace. Kassai launched Onfido’s US business five years ago. Having a physical presence and local representation was vital, he says, as US institutions want to buy local. “We had to show we were here to stay,” he says.

It has given him first-hand experience of the disparities between the US and Europe for a scaling technology company. “The key difference is mindset; in the US, startups help each other while on the other side of the Atlantic they are more defensive, although I think that is changing with more American colleagues working in Europe. You get much more feedback in the US – if you impress or disappoint, they will tell everyone. In the UK, you can meet a really impressive company and not even tell your flatmates about it – but again, I think that is changing.”

An important early role in Onfido’s expansion into the US was the company’s participation in an early cohort of the Mayor’s International Business Programme. Kassai remains part of a WhatsApp group of that particular peer group. “Getting pre-arranged meetings on our trip provided real value,” he recalls, “but an even bigger benefit was spending time with like-minded people who were all trying to do the same thing. Some of the conversations I had after the programme have made a massive difference.”

Another inspiration for Kassai has been Silicon Valley comes to the UK (SVC2UK). It’s been a seven year cycle – from being the student who was inspired by the 2012 event to being a ‘thought leader’ guest at the 2019 SVC2UK Oxford programme where he shares his scaleup story.

Unsurprisingly, he says, that journey has already included a fair number of acquisition conversations. But Kassai is clear that Onfido is in it to be a long-term independent player in the digital economy. “We have a 10-20 year plan, which we have made clear to all our investors.”

Given the scale of the problem, Onfido’s horizons have to be large. “Fraud is not going away,” says Kassai, “in fact, is getting worse.” In its own recent report, the company estimates that remote online identity fraud costs the global economy an annual $5trn of which only one per cent is recovered by the authorities. “Although our machines and models are effective at catching them, we are not yet catching all of them. There is a long way to go.” 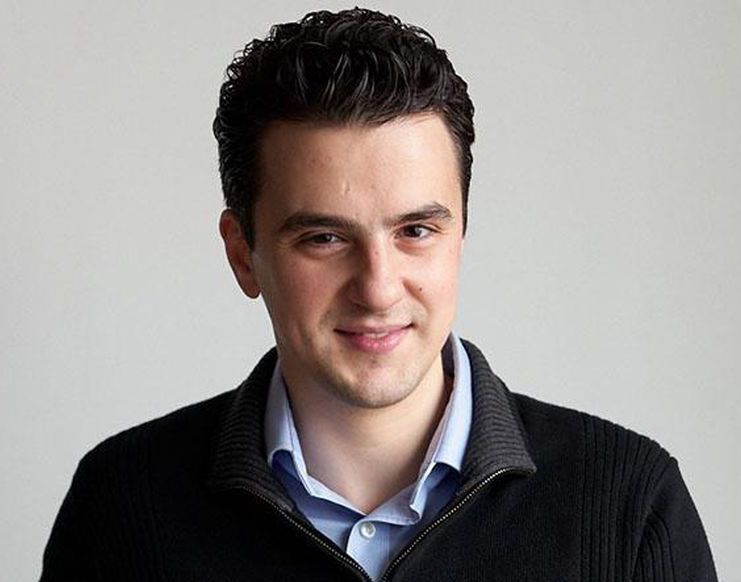 “Our biggest scaling challenge is, always has been, and I suspect will continue to be, executive and senior talent. ”

The scaleup whose back-end development smarts are supporting many top games companies.

Ieso Digital Health is the UK’s largest provider of online cognitive behavioural therapy (CBT). With a presence in 70 NHS Trusts and treating up to 17,000 patients, it’s an outstanding example of a scaling social business.