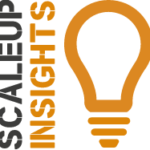 Crises very often prompt innovation.  The Covid-19 pandemic encouraged the Government to introduce a ground-breaking funding scheme to help innovative and high-growth businesses secure investment to support them through the crisis. The £500m Future Fund was opened in May and its success has prompted the Government to extend the deadline from applications to the end of January 2021.

It represented an important milestone in addressing the needs of high-growth innovative companies which typically rely on equity investment and were unable to access other financial support schemes such as CBILS and CLBILS because they were either pre-revenue or pre-profit.

UK-based companies were invited to apply for a convertible loan of between £125,000 and £5m; to be eligible, companies had to have raised at least £250,000 in third party investment over the last five years. The offer was later extended to include innovative companies that participate in accelerator programmes based outside the UK.

The ScaleUp Institute, with other key players including the BVCA, British Business Bank, Coadec, UKBAA, Innovate Finance, and entrepreneurs and investors such as Saul Klein, John Spindler and Brent Hoberman were closely involved in the evolution of the Future Fund, as the early stage scaleup ecosystem noted the gaps in provision of venture funds versus traditional debt.  The ScaleUp Institute also championed the need for extended innovation capital through Innovate UK. The Institute is now closely monitoring the Future Funds impact and evolution, believing it to offer a number of important lessons for those considering ways to close the growth capital gap.

Whilst the ecosystem knew the initial funding level would be insufficient for demand it was important to get a product out early and then have the option to increase its level on a demand-led basis.

It was good that the scheme demanded a co-investor model with applications being investor-led with concurrence of the eligible company.  It was also important to ensure it was national and easily accessible across the country. The Government and British Business Bank took heed of this input and streamlined and simplified the process with investors and the Future Fund both investing into the company using a standard convertible loan agreement, which is predefined and cannot be negotiated. The convertible loans are designed to convert into equity over the three-year life of the instrument. This enabled swift execution, getting money out as quickly as possible across the country.

As of 20 October, British Business Bank data showed that £770.8m worth of convertible loans had been approved for 745 companies from a wide variety of sectors: 42% of the funding, worth £320.6m, had flowed to companies outside London.

“It has massively exceeded expectations,” says John Spindler, CEO of Capital Enterprise and one of the initiators of the Future Fund.

For some scaling businesses, the Future Fund effectively replaced funding rounds that had been started but were disrupted by the Covid pandemic as investors chose not to pursue new investments for the time being. The speed and efficiency of the process has been widely praised, and especially appreciated by applicants.

“We were in the process of soliciting investors when the pandemic hit, which changed the landscape negatively,” says Tony Craythorne, CEO of server technology company Bamboo Systems. “Without investment we wouldn’t have been able to complete the development and launch of our new systems. We’d also have had to make redundancies. Without the Future Fund, our future looked very uncertain given the current economic landscape and how hard it would have been to raise investment.”

In some cases, the Future Fund has been a source of valuable additional working capital. “It gave us more confidence to continue with our increase in staff and a drive in sales and marketing,” says Leanne Bonner-Cooke MBE, founder and CEO of Leicester-based software firm eBate.

“The pandemic caused a flight to safety away from deeper tech firms so the Future Fund has been a godsend for such innovative companies,” says Spindler, noting also the important role played by Innovate UK to step up and deploy capital to support the innovation economy. And the matched funding has leveraged in private capital; Spindler says that he has been “surprised at how angel investors have stepped up.”

Another positive element of the Future Fund is the initial steps that it has taken towards democratising access to funding.  The Future Fund is encouraging those investors applying to it to sign up to the Investing in Women Code.  In addition the application form asks a number of questions on diversity and inclusion to help the British Business Bank monitor the diversity of the portfolio of loans backed by the Future Fund scheme.

The Future Fund has provided important learnings for those who want to see a scheme that can attract investors to support scaleups with growth capital and become part of a suite of financial solutions for fast-growing businesses. Consideration should be given to using the Future Fund as a basis for greater expansion of UK Venture Debt options that can operate at scale with greater founder and co-investor reach.

“We have created the world’s largest pre-Series A index fund for the government,” says Spindler. “Naturally, in a broad index fund there will be failures and stars. There will be a perception issue to manage as the failures are more likely to emerge before the stars – but the government will make significant money from the Future Fund. As a public sector intervention to support innovation, it has allowed the private sector to determine with its own money what they believe to be good commercial growth opportunities.”