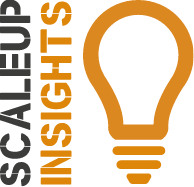 As programmes were forced to go online, many aspects changed dramatically – but several key factors that underpin an effective leadership programme are permanent.

“Going into 2020 we ran an entirely analogue programme and all our interaction was face to face,” says Mike Jackson, entrepreneur success director at TechNation, “but the programmes that we have now had to run entirely digitally have had higher levels of engagement than we have ever had.” He cites one cyber programme which included seven companies from Northern Ireland and Scotland – not all of whom would have been able to attend every one of the programme’s sessions in London. “We have democratised access to our programmes and have had almost 100% engagement with every session,” he says.

A central pillar of an effective leadership programme is a clear and modular content structure – but one that can adapt to changed circumstances.

With its Business Growth Programme (BGP) scheduled for May 2020, Cranfield redesigned the programme to create a shorter online version. All the key components remained, such as the growth plan and peer learning – but it was delivered completely online.

New elements and topics were added to reflect immediate priorities such as managing home-working employees, and there was a greater focus on processes and technology issues such as digital strategy, data analytics and cybersecurity.

“Teaching online is very different from the classroom,” says Professor Mark Hart, Professor of Small Business and Entrepreneurship at Aston Business School and curriculum lead for the Goldman Sachs 10,000 Small Businesses UK programme. “It requires course content to be chopped up with plenty of scope for interactive sessions, break-out rooms and the like. Pace and simplicity are paramount.”

Upscale hosted more virtual sessions providing 45 hours of programme content but TechNation’s Mike Jackson says it was difficult to gain the same degree of openness from participants. He puts this down in part to the absence of the two-day retreat at the start of the programme which helps to form bonds of trust between the cohort members, as well as the challenges of facilitating a 25-strong Zoom session.

Mike Jackson thought that networking events would present the biggest problem in this year’s remote environment – but he was wrong. They have been transformed. What was previously a mid-week gathering in London has become a global showcase. Funders and potential corporate partners from around the world have an opportunity to start conversations with Upscale companies. “It has changed the London bias,” says Jackson.

Running online leadership programmes meant that cohorts could be run concurrently and travel and venue costs sharply reduced. But it’s not that straightforward: external costs may have gone down but the time spent managing the events has increased.

Learning and relationships were strengthened

The absence of regular physical gatherings put a greater onus on relationship management. “This is where Zoom works as you can keep the conversation going in a light touch way,” says John Anderson, Head of Engagement at Strathclyde Business School who has set up “beers with peers” – informal early evening chats held every Thursday for cohort members of Strathclyde’s Growth Advantage Programme (GAP). “We have got a great programme but this has just made it better.”

The future will be blended

Tech Nation plans in the future that its programmes will revert to face-to-face for kick-off events, with some form of physical reconnection in the middle of the programme and conclude with a dinner. “These are sacrosanct,” says Jackson. But all the networking and workshop sessions will be digital. “We’ll have the best of both worlds.”

What stayed the same

At the start of the pandemic, Cranfield created a BGP Response programme which ran 42 events and brought together 2,800 alumni participants. “Lots of people came back to Cranfield because it was a safe haven,” says Dr Stephanie Hussels, Director of the Bettany Centre for Entrepreneurship and the BGP. “They had been on the programme and could trust the advice. It was like coming back to family.”

At the beating heart of great leadership programmes is the trust that builds over time among the peer group – and which is then sustained in the form of alumni networks. “We know the peer-to-peer learning environment is important. People miss the conversations and the beers afterwards,” says Mark Hart.

“The support GAP members give each other is so important,” says Anderson. “The success of a leadership programme is not just about its academic content – it’s about setting the right conditions to create a mutual learning environment. More than ever during Covid, this mutual understanding has shown its incredible power.

When the going got tough, the tough got learning

The next BGP starts in February 2021 with “the strongest pipeline of interest for some time,” according to Stephanie Hussels. One noticeable trend: there are more people coming back for a second time. When the going gets tough, the tough get learning.” She adds that it may also be because it is “a development programme for the business as well as for the owner manager.”

– Programmes: Endorsed & Ones to Watch