The ScaleUp Visa: From Seven Years to 72 Hours 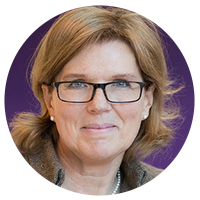 A scaleup visa was one of the recommendations made in the original Scaleup Report of 2014 and since the inception of the ScaleUp Institute.

As author of the first report and cofounder of the ScaleUp Institute, Sherry Coutu says she “couldn’t be more delighted” that a scaleup visa scheme is finally coming to fruition. “The case for making it as easy as possible to import scaleup talent has strengthened every year since then,” she says.

And, she adds, the process has become simpler because scaleups can be readily verified by data. “We know that scaleups are fine with the government sharing data about them, as the ScaleUp Institute’s annual survey has consistently shown.”

The further insights she has gained this year as lead on skills and talent for the 2021 Kalifa Review of UK Fintech, which the ScaleUp Institute was fully engaged with, have underlined the urgency of the requirement.

“Foreign talent represents more than 40 per cent of the people employed by UK fintech industry. In order to remain a global leader in fintech, the UK needs to strengthen its position on immigration or risk a significant shortage in human capital. We found that 85% of fintech startups and scaling firms were willing to relocate outside of the UK in order to get talent. These are organisations that are creating jobs and stimulating economic growth.

“So the scaleup visa is vital to help them bring in the necessary scaleup talent but also to stop companies redomiciling to places where it is easier to get that talent.”

Another key point is how the impact of one person with scaleup experience can have huge spill-over benefits for a business. “These individuals have the experience to become a coach and a mentor to other people who don’t have their scaleup credentials,” she says. “The return on investment of making one such hire can be transformational for the prospects of the business.”

We know from our research that speed of decision of a scaleup visa is paramount. From discussions with fintech scaleups for the Kalifa Review, the response time frame from lodging the request to sponsor a person should be 72 hours – “in the worst case, a week.”

Why is speed of the essence?  Three reasons:  The first has to do with the company and the second and third have to do with the individual who has the experience needed to grow the company. From the company’s perspective, the search for candidates with scaleup experience doesn’t take place overnight. Companies will have looked in the UK first and will have concluded that the best way forward involves sponsoring a visa for an individual rather than compromising on a candidate that is less likely to be successful in the role. “By the time a company identifies a person who might require a visa, they will have already been looking for some time and will be splitting at the seams” – the stress and strain on the permanent UK based staff cannot be under-estimated, nor can the damage to the company’s future prospects because of a back-log of orders or orders that have been refused by the company which lacks the capacity to accept orders.

Secondly, from the perspective of the the candidate that has been identified by the UK based scaleup company, there are key life-changing decisions that are not made lightly: accepting an offer from a UK company involves their deciding to leave their homeland to come to the UK and in every likelihood, this will involve input from their spouse and a need to uproot children from schools. Thirdly, research has shown that if the candidate is open to looking for other opportunities, it is very likely that they will have received competing offers from other scaleups which may be nearer to home.

The window for a highly sought-after candidate considering offers is often 7-10 days and IF the scaleup company is unable to confirm the offer to the candidate because there is a delay on a visa, the UK scaleup company loses their candidate and the vicious circle continues.

“I’m really pleased that the visa recommendation is coming to fruition,” she says. “The need for the visa has increased since the recommendation was first made. And it’s also become simpler for the system because of the ability to identify a scaleup as well. The need is very, very clear, so let’s get it across the line and make sure that it works on the timeframe that the businesses say they need it.”

And getting it across the line is exactly what the ScaleUp Institute is engaged with HM Treasury and Home Office upon.

The Scaleup Visa: Developing the Evidence Base

Since the publication of the original Scaleup Report in 2014, the importance for scaleups to be able to access, attract and retain high-skilled, globally mobile talent has been vital for supporting their growth at home and abroad.

The creation of a Scaleup Visa, which was announced in the 2021 Budget, is something for which the ScaleUp Institute has consistently recommended as a means of aligning the supply of talent to the needs of ambitious scaleups.

This is underlined in the findings of the 2021 Annual Scaleup Survey: Five in ten scaleups employ staff from the EU and 49% of those say it is vital for them to continue to be able to access EU talent pools. Four in ten employ staff from the rest of the world with one in five scaleups saying that a quarter or more of their staff come from outside the UK. 45% of scaleups employing international staff say it is very important or vital to have a fast track visa for hiring overseas.

The ScaleUp Institute has been working closely with HM Treasury and other government departments to provide an evidence base about the potential demand from scaleups for the visa.

Using the most recent ONS data, we have analysed the 2019 cohort of 12,600 scaleups who had been identified as scaling by employment and by both employment and turnover over the past three years.

The employment growth within this group of scaleups is exceptional and dynamic. Collectively scaleups employ 3.2m people, with those scaling by employment having 1.7m staff – and they have a strong appetite for additional talent.

We broke down this cohort of scaleups to look at their annual rates of employment growth in incremental bands, from the minimum scaleup threshold of 20% to those growing employment by more than 100% annually.

Nearly nine in ten (88%) of employment scaleups are growing by between 20% and 49.9% per annum. Significantly, however, one quarter of all employees are in scaleups that are growing by more than 50% annually.

Employment scaleups – across all sectors – are on average growing employment by at least 29.3% per year.

Where possible within data privacy constraints, we looked at these scaleups by sector. The sectors demonstrating the highest average annual employment growth rate are finance and insurance (34.3% – and as evidenced in the Kalifa Review of Fintech), administration and support services (33%), and information and communication (30.9%).

The job creating power of this cohort is significant. In order to reach the status of an employment scaleup in 2019, each company has been on a strong prior growth trajectory; they will have grown their employee headcount by at least 72.8% over the course of the three preceding years (the consolidated growth that each would achieve with an annual growth rate of 20% pa).

So we calculate that this cohort on their journey to employment scaleup status between 2016 to 2019 created a total of 718,036 jobs. Put another way, each one of these 12,600 employment scaleups has been creating an average of 19 jobs each year over the past three years.

Based on the assumption that the proportion of high-skilled migrants within this cohort of scaleups is consistent with that of the wider business population, we estimate that approximately 21,000 of the jobs created annually by employment scaleups across all sectors will be high skilled migrant workers.

What type of skills are being recruited? From our annual survey of scaleup leaders, alongside a deepdive study into their talent requirements conducted earlier in 2021, we know scaleups are seeking international talent to fill a considerable and broad range of roles, from deep tech positions like quantum technology engineers, machine learning and AI experts to heavy goods vehicle drivers and hospitality staff, and from business development professionals and market access specialists to biomaterial engineers and bioinformaticians. One important aspect for many though is finding individuals with sector specific knowledge.

When reflecting on their key target markets for skills, many scaleup leaders say they are looking for the best people rather than at specific countries – with one stating “we’re looking worldwide for the best development talent.” However, they have also recognised where deep talent pools exist – “Electical engineering skills [are] available globally, [but there are] large talent pools in US and India.” The US and EU were the most common locations to seek talent but as with scaleups international export ambitions highlighted in this review they are also looking to emerging markets in eastern Europe, South East Asia, the Middle East and Australasia.

Many have sought these skills in international markets to bring talent to the UK but are also thinking strategically about their target markets for expansion, as one scaleup leader reflected: “We are looking internationally, not only because UK labour is not available. We have plans for European expansion, but those staff will be employed by us, in their country of origin.”

We will continue to provide data and evidence to the government to support the implementation of the Scaleup Visa which is vital for scaleup leaders, across all sectors, to recruit the staff they need to increase their capacity to grow.

Previous Talent and skills
Next