The Creative Scaleup Programme and the recently launched Invest in Creative Toolkit are strengthening the local ecosystems of investors in the creative industries and enabling greater levels of investment in creative industry scaleups around the country.

The UK creative industries are packed with innovative, diverse businesses that are contributing £111.7bn GVA to the UK economy. There are more than 1,600 scaleups and scaling businesses generating £43bn in turnover each year. The creative industries represent six per cent of the economy and employ 2m people, it has been growing three times as fast as the national average. It is also an export heavyweight with £35.6bn in annual service exports; more than one in six (15.6%) of creative enterprises are exporters.

The importance of the sector has been recognised by the Government – witness the sector deal in 2018 and the inclusion of the creative sector in the Plan for Growth and the recent Budget and CSR announcements with £42 million allocated to support the UK’s creative industries, providing business and skills development support for businesses to scale up and bespoke support for the UK’s independent film and video game industries.

According to research by Oxford Economics for the Creative Industries Council, the sector could recover faster than the broader UK economy, growing by over 26% by 2025 and contributing £132.1 billion in GVA and creating 300,000 new jobs. But the proviso is that this can only occur “with the right investment.”

It is a sector with great regional strengths: Leamington Spa boasts a world-class gaming cluster which is the largest outside London (see our scaleup story on Sponge Hammer); one-third of global natural history television content is produced out of Bath and Bristol; Manchester is Europe’s second largest creative city.

Yet scaling businesses in this sector need more growth capital investment and improved access to finance, particularly outside of London, as well as mentoring and support to develop their investor-readiness. At present only 14 per cent of total angel investment goes into the creative industries, says Jenny Tooth, CEO of UKBAA.

Equally, investors need to know more about the opportunities in the creative industries and how to access them. By improving the flow of information and communication with the investment community, greater awareness of the potential of the sector can be built and the pool of investors grown.

The Invest in Creative Toolkit, launched this year, aims to address this. An in-depth peer learning platform developed between the ScaleUp Institute and UKBAA working with DCMS, the British Business Bank, the West of England, West Midlands and Greater Manchester Combined Authorities, has been designed to showcase the opportunities for investing in the UK creative industries and to increase engagement and skills among existing and new investors on investing in creative industries.

It leverages the power of peer learning: more than 50 investors, industry experts and successful founders have contributed their insights and experience to the toolkit. It includes five interactive modules that break down the entire investment process in the creative industries and in four sub-sectors of games, mediatech, music and fashion, using videos, detailed market intelligence, animations, guides on legal and tax considerations and advice on how to get involved.

The aim is to transform the investment landscape by creating larger vertical groups of investors each focused around each sub sector, thus building up the supply chain of growth finance – from angels to VC and later stage capital.

While Invest in Creative is off the starting blocks, these are still early days. Investor capacity building will inevitably be a slow burn. However, Jenny Tooth says that angels, VCs, family offices, and corporates are all engaging with the toolkit and the events programme. Over 200 investors and stakeholders have signed up to the platform with an approximate investment capacity of £300m.

“The toolkit is important for getting people round the table and educating investors in other parts of the country,” says Malcolm Barnes, director of immersive experiences company Hollywood Gaming and chair of the advisory board for the West Midlands Creative Scaleup programme. “It’s important to get London investors to see the rich talent pool and the clusters and opportunities that exist in a region such as the West Midlands. There are some fantastic businesses here that are starved of growth investment.”

“Scaling businesses in the creative industries offer huge opportunities for investment,” says Jenny Tooth, CEO of UKBAA. “Yet many investors have not yet recognised the growth and investment potential of businesses in the sector. Our aim is to significantly increase the knowledge and understanding of investing in the sector, attracting many more existing investors as well as recruiting new investors to back creative scaleups here in the UK.”

The Invest in Creative Toolkit has flowed out of the three pilot Creative Scaleup Programmes, funded by the Department for Digital, Culture, Media and Sport and run in the Greater Manchester, West of England and West Midlands Combined Authorities areas.

For each of the three partner regions, the two-year Creative Scaleup programme has continued to provide valuable support to local creative scaleups.

“The Creative Scaleup programme has enhanced creative businesses’ and investors’ understanding of each other. Our aim is to work together to empower Greater Manchester based creative businesses to realise their full growth potential in this country and overseas,” says Sam Whitear, Digital, Creative & Tech Project Manager at the Growth Company. “The programme has acted as a catalyst to drive business aspirations, gain investment into the region and showcase the creative industries who are critical to driving economic growth through creativity, inclusivity and innovation.”

He says that for some participants such as Huey Games it has turbocharged growth. With the help of the programme and the ongoing mentorship it received, Huey Games has developed a new business plan, doubled the size of its team and is on track for 2021 to be its best year yet. The company has seen a 43% growth in revenues since 2018.

For others, the programme has helped a return to growth after the impacts of Covid and Brexit. Here he cites Anattic, a Manchester-based video production company which has rebounded strongly after participation in the Creative Scaleup programme. “It has got back to growth and now has plans to expand further afield while strengthening its reputation and client list at home in Manchester.”

“We have seen real impact from the Creative Scaleup programme,” says Nona Hunter, Creative Scaleup programme manager at the West of England Combined Authority. Not only have businesses on the programme been signposted onto other growth opportunities such as innovation funding, R&D projects, or new collaborations, but the ecosystem has developed a better understanding of the creative industries sector. “We have collectively been able to tell their story a lot better,” she says, “and this would not have happened without the creative scaleup programme.”

“There is emerging quantitative evidence of the real impact of the Creative Scaleup programme,” says Stephen Pegge of UK Finance, who chairs the advisory group of the programme. “It also demonstrates that business support that is focused on particular sectors does encourage engagement and provides added value to the businesses.”

Let the scaling begin: investing in the gaming sector 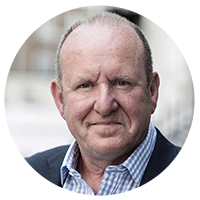 One of the key sub-sectors is gaming – and the golden age of the gaming industry is happening right now, says Ian Livingstone, games industry veteran and chair of Sumo Group. “The UK has been incredibly successful at creating games – we have over-delivered in content creation – but it has been under-served by investment capital. The EIS and SEIS have been very beneficial for enabling startups, and the Video Games Tax Relief has been a huge boost to the industry but it is scaleup capital that is really required right now.”

He says that investors had traditionally been wary and been unsure about valuations in the industry but now games are being provided as a service rather than as a physical product. “Digital platforms have transformed the total addressable market, meaning that games can reach audiences globally and directly, but not enough people understand that or how to value that opportunity. Every advance in technology – such as AR and VR or esports – is additive to games. The risk profile has reduced hugely – it is no more risky an industry than any other.”

It would have taken decades to create a unicorn in the sector, now that can be achieved in short order. “Small teams can do phenomenal things,” he says, pointing to success stories such as Wilmslow-based Playdemic.

“The games economy is high-tech, high skills, regionally spread, export focused and full of IP. There is an awful lot to like about games.” But while it has been a great British success story, he wants to see more British-owned companies “move up the value chain of IP ownership.”

“The ability for investors to understand the opportunity is improving,” he adds. “The Invest In Creative Toolkit is a great way to access knowledge, expertise and advice about the sector and how it works. It is really important for the sector.”

Previous Greater Birmingham and Solihull
Next