The “scaling pipeline” are those businesses that are not yet at scaleup growth rates but are growing turnover or employment at 15-19.99% annually between 2016-2019. For the first time, we can now observe the scaling pipeline for the entire period in which we have monitored scaleups. 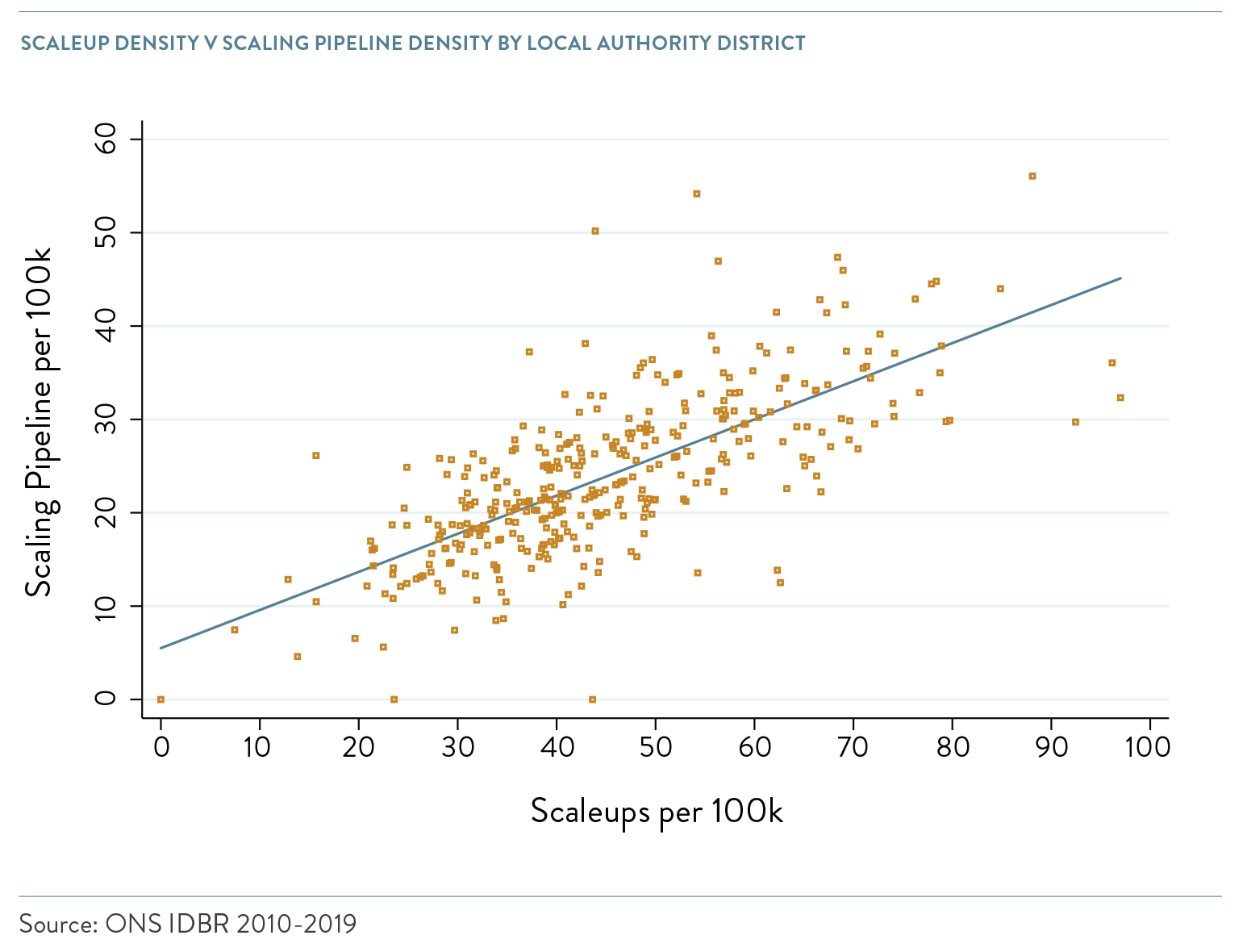 At the LEP and Devolved Nation level, we saw little change in the scaling pipeline relative to 2018: 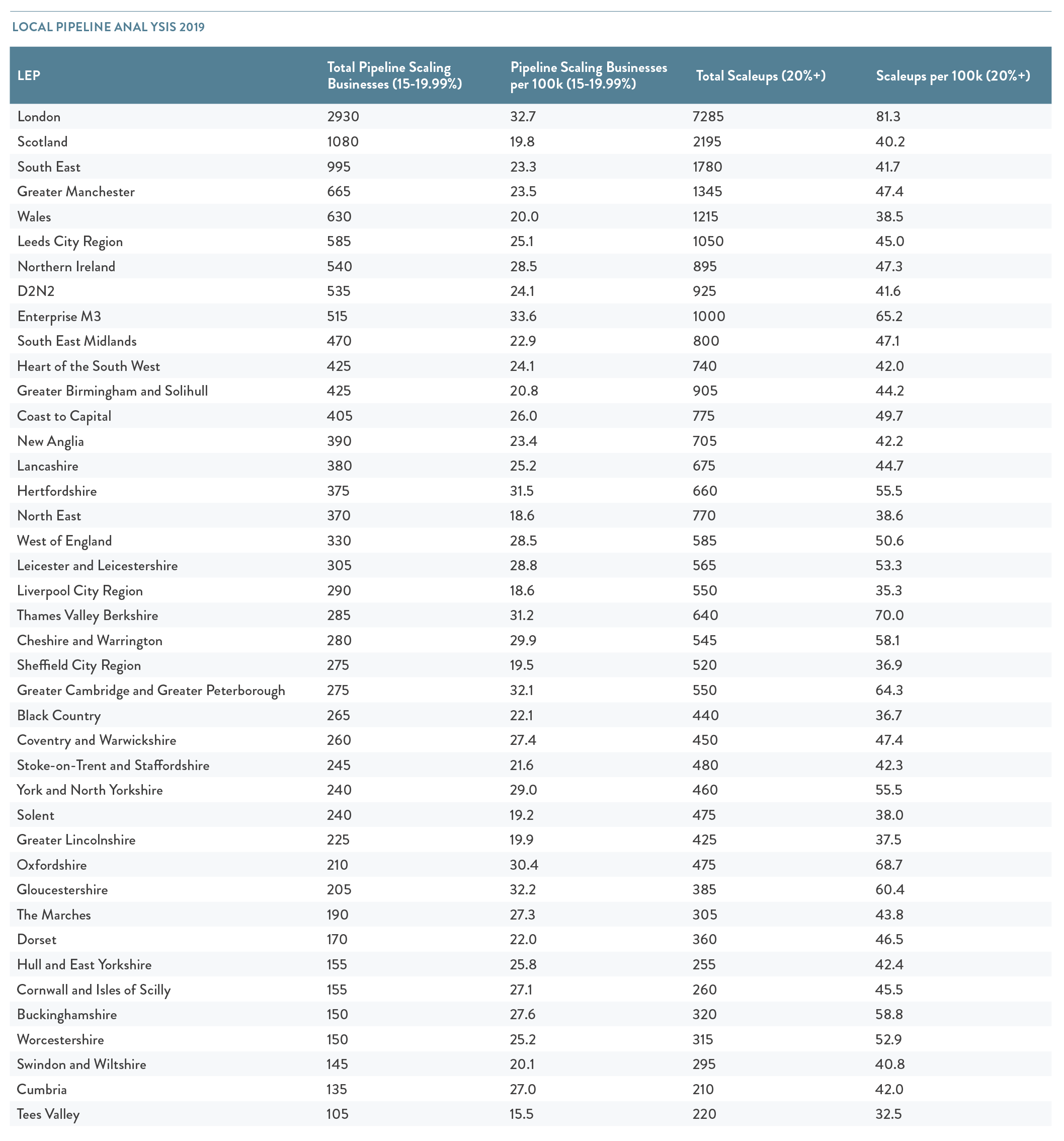 The Scaling Pipeline by Sector

However, not all sectors shared the same close relationship between their scaling pipeline and scaleups: 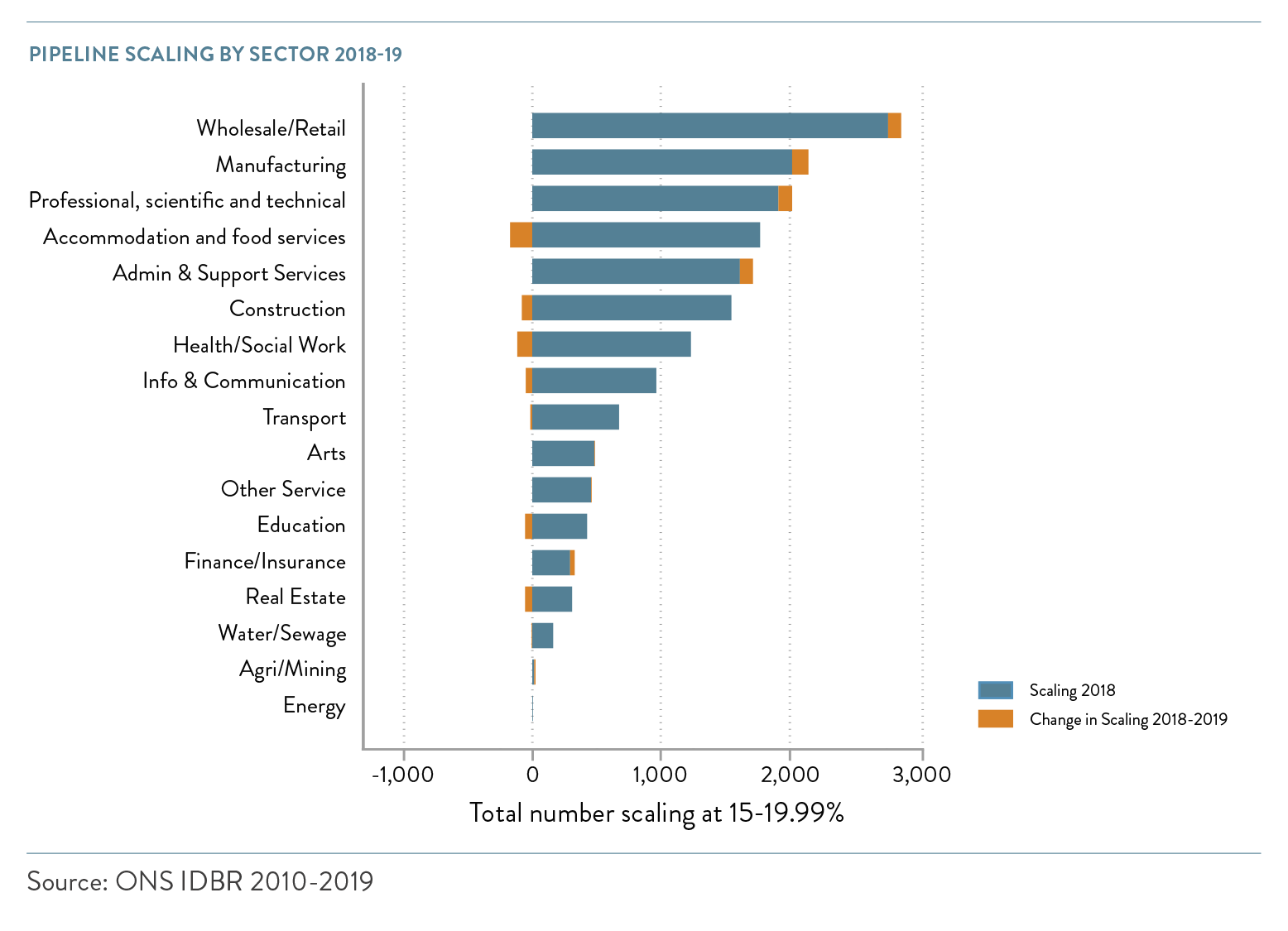 When we analyse scaling businesses across the six-year period from 2013 to 2019, the sectors with the largest absolute gains were Professional, Scientific & Technical; Accommodation and Food Services; Admin & Support Services; Construction; and Wholesale/Retail. Apart from Construction, these sectors were also the top five highest growth sectors for scaleups. 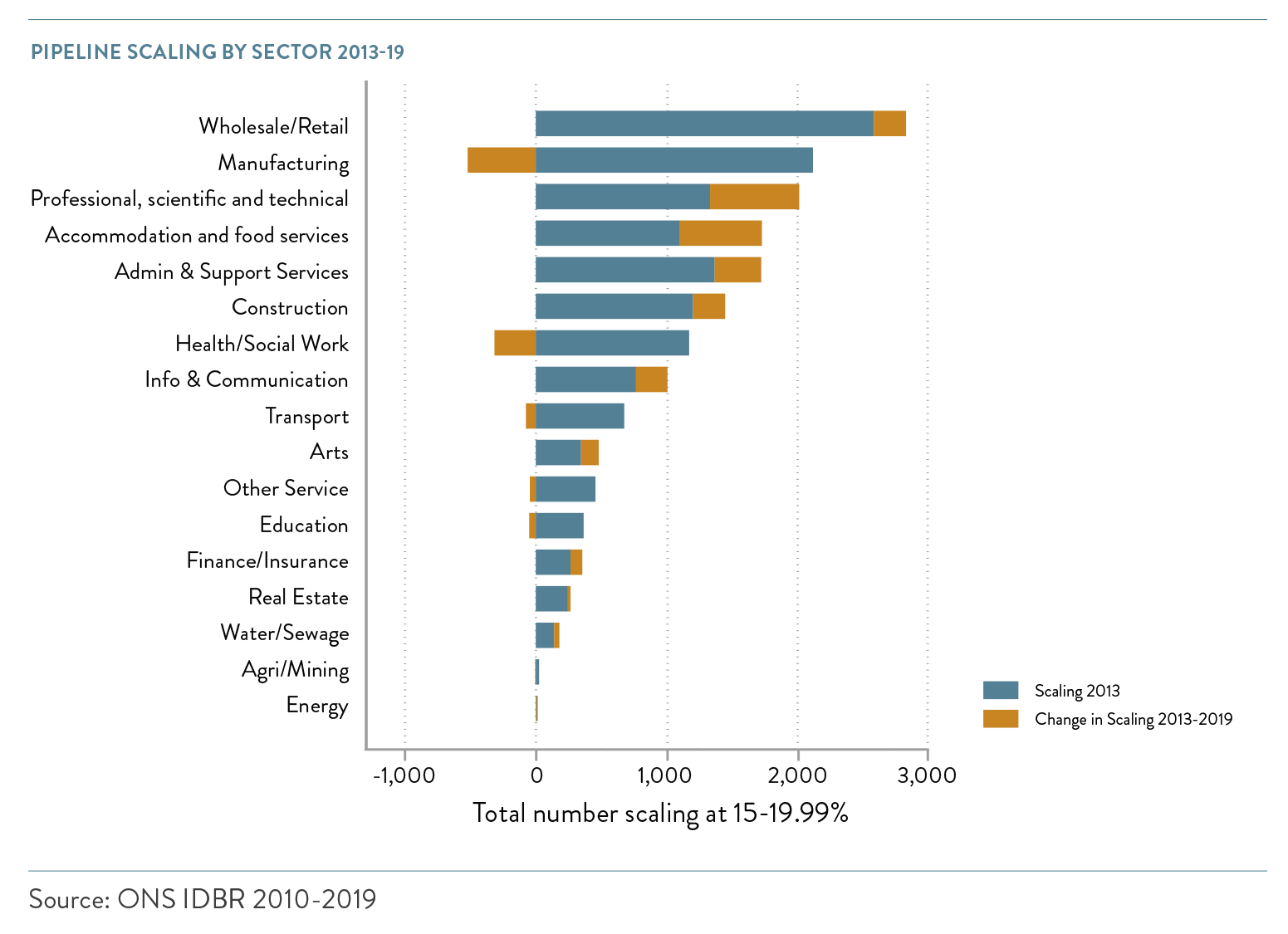 Previous Scaleup indicators from a national and local perspective
Next